“Hindsight is worth a million bucks” … but is it worth the loss of millions of lives?

The ignorance of our so-called leaders is exposed when real leaders can say, “I told you so.”

Nobody was listening then. Is anyone listening now?

Bill Gates, one of the more enlightened animals in the genus homo sapiens, told us in 2015 – 5 years ago – “We’ve actually invested very little in a system to stop an epidemic … We’re not ready for the next epidemic.”

“If anything kills over 10 million people in the next few decades, it’s most likely to be a highly infectious virus rather than a war,” Gates said. “Not missiles, but microbes.” – Bill Gates, 2015 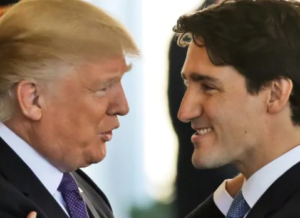 Trump, Trudeau, Conte, Sanchez, Ford, et al, have no excuse (I shouldn’t equate anyone with Trump, but he’s just the ultimate con-man in a bunch of ill-prepared politicians). Actually, they have nothing but excuses, and a massive lack of integrity, courage and character – not to mention knowledge – in the face of this disaster. And yet, we keep electing these “second-tier-capability” leaders and ignore the intelligence and wisdom of people the likes of Gates – many others have issued similar warnings.

Political leaders don’t deal in reality, they deal in electability. Now we know how disastrous that is to the electorate.

Here are two recent articles (March 25, 2020), written in the midst of the imploding health chaos and they are a frightening confirmation of the old saw, “… I told you so!” The article by Paul Rogers includes the 2015 TED talk by Bill Gates (8 min) – embedded below – and the other by Madeleine Kearns, which references a much earlier story from the Bible that tells how Egypt prepared, in advance, and was ready for its seven year famine.

Despite these foreshadowings, we, the product of modernity’s science and technological wizardry, have learned little about planning to protect ourselves. We’re having too much fun getting rich (an embarassing few), getting obese (a non-embarrassing many), accepting growth for growth’s sake, and living in the present – to hell with the future. Not giving a good damn about our grandchildren’s way of life. Let them figure it out. We did; they can. If they have a chance.

Failing to prepare is preparing to fail.

So here we are, prepared to fail. Actually, failing in real-time, right before our eyes, right in front of our dying colleagues, friends, neighbors and soon, many of our families.

Nero may have fiddled while Rome burned, but Trudeau, Trump, et al are fiddling while their citizens die.

Where are our governments? Unprepared. Slow to react – fiddling. Still not listening or learning. Throwing billions and trillions at the problem – band-aids on a hemorrhage – and expecting us to accept the transparency of their ineptitude.

For the weakness it [Ebola crisis] had exposed was not merely “that the system didn’t work well enough” but rather that “we didn’t have a system at all.” – Bill Gates, 2015

Read these two articles and take stock of your leaders.

This is not only a “global failure,” it is a failure in every nation, state, province, city, neighborhood and every political riding. It needs to be fixed – starting now. It’s “code blue” or “code 700,” everywhere. And it will be a critical emergency in every upcoming election until we get leaders who will do the right thing, when they should, not when the virus as already left the barn. BTW, like Bill Gates said, the barn doors are still open and there are more deadly viruses waiting to run wild. It’s not a matter of if, it’s simply when.

We Should Have Listened to Bill Gates by Madeleine Kearns (less than 3 min read). Read more >>