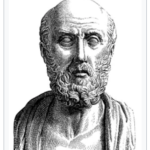 Surely, the most ardent supporters of Donald Trump would not want him to be their doctor. He even declared, “What do I know? I’m not a doctor.”

There are no direct consequences for America’s real-life Dr. Strangelove.

But that’s the problem. He’s not a doctor, knows zilch about medicine, but as a layman he does not have to adhere to medicine’s #1 principle: “First, do no harm.” Plus, as President, he can say whatever the fuck he wants while ignoring the potential harm he could cause. Which is immeasurable. And we’ll never know. Because, as usual, there are no direct consequences for America’s real-life Dr. Strangelove. In the Dr. Strangelove movie (3 min trailer) it was about a fictional, nuclear catastrophe, but today, in reality, it’s about a real and increasingly deadly catastrophe.

Why is no one stopping this contagion? Not covid-19, Trump!

“Trump’s arbitrary, anecdote-based method of making decisions; his reliance on cronies who have no relevant expertise; his rejection of science, or perhaps his failure to understand how science even works; his defiant stubbornness in clinging to what he ‘knows,’ even when he doesn’t actually know it; his obsessiveness even in the face of contrary evidence; and his imperviousness to fact-based arguments he does not want to hear.” – Washington Post(1)

My father was a doctor, and on one occasion a patient complained about his fee being too high (before universal healthcare) for a ten minute visit when all he did was “scribble out a prescription.” My father replied, “I’m not charging for visitation time, I’m charging for the time it took me to learn what to write on the piece of paper.” With Trump, our risk is that his stuttering out prescriptions is way above his pay grade. He knows nothing about medicine and yet, like a Dr. Frankenstein, he pretends he knows what he’s talking about, while glibly saying, “I just like it” … “they say it works” (who’s “they?”) and … “we’ll see what happens.” What will happen? People will die because of his confusing, incoherent ramblings. They already have.

An Arizona couple took a dose of fish tank cleaner because its ingredients included some form of chloroquine phosphate, which was touted by Dr. Trump. The wife, who was placed in critical care, said they learned of chloroquine’s connection to coronavirus during a Trump news conference. She said, “I saw it sitting on the back shelf and thought, ‘Hey, isn’t that the stuff they’re talking about on TV?'” They took it because they “were afraid of getting sick,” she said. The husband died. 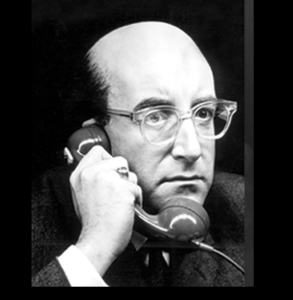 U.S. President in Dr. Strangelove: Add hair, lose the glasses and the similarities are scary!

We can accept villains in fiction, it’s entertainment. But in real-life, they are a clear and present danger.

In life and death matters, what could possibly make a President of the United States, the Commander in Chief, say one thing, act another way, and risk causing harm – death – to others, and then deny that’s what he meant? It’s mind-boggling. Unfathomable. Not to mention, totally irresponsible.

Fictional history is storytelling: Dr. Strangelove is about weird dudes (a U.S. President and a crazy nuclear scientist); Dr. Frankenstein creates a monster as Igor his sycophant grinningly sucks up; Dr. Who is an extraterrestrial do-gooder who tries to stop evil forces from harming people; and Dr. Jekyll and Mr. Hyde are two faces of the same evil.

But ‘Dr. Trump’ is not fictional, regardless of how unbelievable he acts. He’s a bigger-than-his-lies leader, fighting a war against what he calls “an invisible” enemy. And yet, his behavior is inexplicable and wouldn’t be acceptable as a fictional story, whether a book, movie or comic book.

So which of these strange fictional characters is Trump trying to emulate? Or does he think he’s Dr. House? Or Dr. John Carter? Maybe he’s debuting for another apprentice TV-series after he’s out of office, this time as a doctor? Move over Dr. Oz.

Of course, the majority of us know he is actually the one who needs a doctor. Where’s Sigmund Freud when we need him? Maybe Dr. Phil can help?

Who are you going to trust? 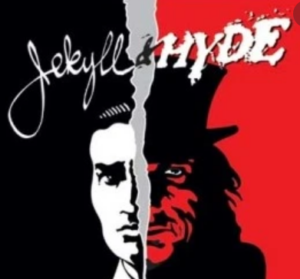 When it comes to life and death, for your family, extended family, friends, colleagues – for their health, well-being and life – trust is everything. Sometimes the only thing.

At no time is that trust more important than when you walk into the ER or your doctor’s office. You’re in their hands, counting on their knowledge, skills and commitment. It’s both frightening and reassuring, which is why you’re glad your doctor isn’t Dr. Jekyll and Mr. Hyde.

In so many ways, he is a Mr. Hyde (and a pretend Dr. Jekyll), a manifestation of his inner, dark side. Unlike the fictional story, his alternative personality is now appearing as a fake doctor. But his Mr. Hyde has always been there, constantly demonstrated in his flimflams and flip flops, his factual inventions (“alternative facts”), his disinformation, deceptions, cants and perjuries. He’s like a split personality, half-true, half-false – mainly false. The problem is he can’t live with his truth side – who he really is, the bullied, little Donny Trump (by his father) who grew up to be the big, bully Donald Trump. Who, as a senior, won the biggest bully pulpit in the world and has gone on to bullying anyone and everyone, including most of the American people.

This is not likely to end well.

And then he met his match. An enemy he couldn’t bully, couldn’t fire, couldn’t sue, couldn’t buy off. It’s an enemy not unlike his own inner pathogen, that he cannot rid himself of. And for Trump, there is no truth serum. No antidote to his deep psychosis. Of course, we know how Robert Louis Stevenson’s tale ends but we won’t know, at least for awhile, how Trump’s troubled tale ends. Unlike most fictional stories, where the good guys win, this is not likely to end well – for him or the American people.

There is no vaccine to protect a nation from an incompetent, incoherent, low-intellect, pretend doctor, who stands at the presidential podium spewing half-baked, untested prescriptions and gobbledygook that makes Kim Jung-un look like a high school valedictorian.

This movie will not have a happy-ever-after ending.

The one word in Trump’s very limited vocabulary, and certainly the longest word he knows, hydroxychloroquine, best explains, as Eugene Robinson of the Washington Post wrote, “why Trump should not be president.” First, because he’s listening to TV-doctors like Dr. Oz, a proponent of hydroxychloroquine, which is like getting advice from a proctologist about brain surgery. Secondly, and more insidious, is the fact that the New York Times reports(2) that although there are dozens of drugs being tested, Trump is only pushing this one, the one that he knows people, who know people, who have shares in the maker of this particular drug. Perhaps one of them is billionaire Larry Ellison, founder of Oracle, who the President said had discussed the drug with the him.

“First, do no harm,” a principle that has guided medicine for 2,400 years, has been thrown in the dumpster like any other faded, political bumper sticker.

(1) The Washington Post, The one word that explains why Trump should not be president by Eugene Robinson, Opinion. April 6, 2020