Three of the most dangerous words in history …

“We were just going along with …” has been the shameful, crying confession of millions of good people across a history of war, carnage and tyrannical leaders. And history is repeating itself, right before our eyes.

Why do we go along with angry, violent bullies?

“Historians have a word for Germans who joined the Nazi party, not because they hated Jews, but out of a hope for restored patriotism, or a sense of economic anxiety, or a hope to preserve their religious values, or dislike of their opponents, or raw political opportunism, or convenience, or ignorance, or greed. That word is ‘Nazi.'”– Waylon Lewis, The Elephant Journal

The word ‘Nazi’  is a deeply offensive pejorative, a reminder of one of history’s darkest human tragedies. It is never to be forgotten. But what has been forgotten is the tragedy that happens when a large segment of people are found “going along with” hatred, violence and diabolical propaganda.

We do forget. As have many citizenry across history as they went along Plato’s slippery slope of governing regimes from democracy to tyranny. There are many examples in the modern era and exhibit A is often the rise Hitler. And it should make us look more closely at the Trump era – not so much Trump, but the insidious ‘going along with’ by his enablers – if we are to recognize that odious strains of history repeating itself.

Our forgetfulness, or ignorance, is self-evident. Millions of Americans are standing by, as the Germans did, rationalizing “a hope for restored patriotism, or a sense of economic anxiety … or dislike of opponents … or ignorance, or greed.” It’s hiding in plain sight in the divisive politics and cultural hatreds and is shamelessly being perpetrated by enablers, despite the fact that it’s exacerbating a humanitarian pandemic disaster that’s exterminating tens-of-thousands of Americans. These are deaths that are avoidable if those in positions of power would stop ‘going along with’ the corruption, lies, deceits, pettiness, petulance, narcissism, neurosis, and blatant irresponsibility.

Power seldom embraces virtue because its primary purpose is to beget more power. As Lord Acton said over a century ago, “Power corrupts, and absolute power corrupts absolutely.”

‘Going along with’ is the exposed reality of our genetic ‘fight or flight’ biology, there for all to see – if we choose to see it.

Most humans, when faced with a choice between what’s ‘right for others or risk to them,’ will opt for themselves. Because their animal instincts are hardwired in the Darwinian principle of ‘survival of the fittest,’ and the selfish genes overpower the altruistic ones. Today’s political debacle in America is exposing this human default mechanism as it manifests in the low-risk personal choice of ‘going along with.’ It’s not simply about Trump versus Biden, Republican versus Democrat, right versus left; it’s deeper. It’s homo sapiens’ fight or flight genetics exposed for all to see – if they choose to see it.

To fight would be to stand up and risk losing whatever it is they have and fight for what is right. Conversely, ‘going along with’ is flight. Because it better serves short-term self-interests. And they don’t have to run away, they can simply stand by and go along with. This pervasive condition puts in stark relief the appalling absence of leadership. Not one person within the ‘going along’ group has the strength and will to oppose, publicly, the all-too-obvious slide into autocracy … and then, according to Plato, tyranny.

Tyranny is when a psychotic, two-bit New York developer holds a nation hostage. 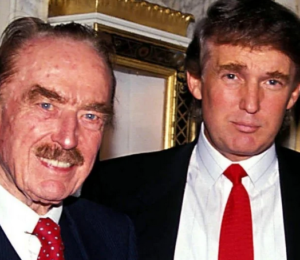 Plato, or a modern day version (not sure we have anyone of his stature), would confirm that his definition of tyranny would include a psychotic, two-bit New York developer who can hold a nation hostage. It’s also tyranny when an untalented, unintelligent, immature, disturbed, offensive ‘enfant terrible’ has a choke-hold on the government. When an angry bully is blinded by vengeance and withdraws troops and threatens acts of war. Certainly, it’s a harbinger of tyranny when more than 73 million citizens (30%) voted for an “unfit-for-office” autocrat – even though he lost. In 1932, Hitler lost too. But, like Trump, his Nazis party got a huge share of the vote. 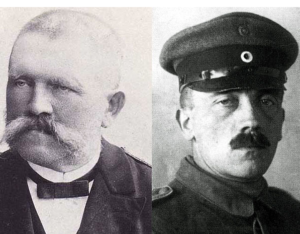 When Hitler’s background, psyche and personality are compared to Trump’s, there are commonalities, but that’s a subject for another article. Although, one of those most relevant factors is that both of their fathers bullied and abused them. Hitler’s physically and ferociously, Trump’s psychologically and verbally. The damage to the sons is obvious.

Hauntingly, Hitler, like Trump, ‘slid’ into power somewhat unexpectedly with no one in leadership capable of standing up to or  flagging his deranged psychosis. It was ignored, dismissed or accepted, as millions were going along with it.

There were right-wing circles with access to the president, who was getting on in years at this point and looking for a quiet life. They were saying, although the Nazis are a big party, if we can get them into a coalition, then we’ll be able to constrain them, and they’ll give popular credibility to the right-wing coalition, but they won’t run the show.

They were looking at Hitler because Hitler had the votes. So, in that way, his electoral support was absolutely key. Hitler holds out for chancellorship, the top position within government. He won’t agree to be junior partner. He doesn’t mind if there are a smaller number of seats in the cabinet, but he won’t agree to a deal in which he’s not chancellor.

That’s the basis on which President Hindenburg then made the offer to appoint him chancellor in a coalition government and he become chancellor at the end of January 1933.

Sound ominously familiar? “We’ll be able to constrain him … “His electoral support was absolutely key” … “He won’t agree to a deal …”

The no guts, no integrity, no moral compass Senator from Maine, Susan Collins is the tip of the ‘going along with’ iceberg that’s threatening US democracy.

‘Going along with’ is the cancer in a democracy, and it appears to be moving into ‘stage-four’ in patient-America. That raises the question of whether it’s curable or not. Maybe? With aggressive treatment. But. Do Americans have the will – rooted in the indomitable spirit that built the country – to fight this traitorous disease or will they capitulate to their human default system and just end up ‘going along with?”

“You can have an enormous impact on society if you take a stand.” – Waslat Hasrat-Nazimi

Will anyone take a stand?