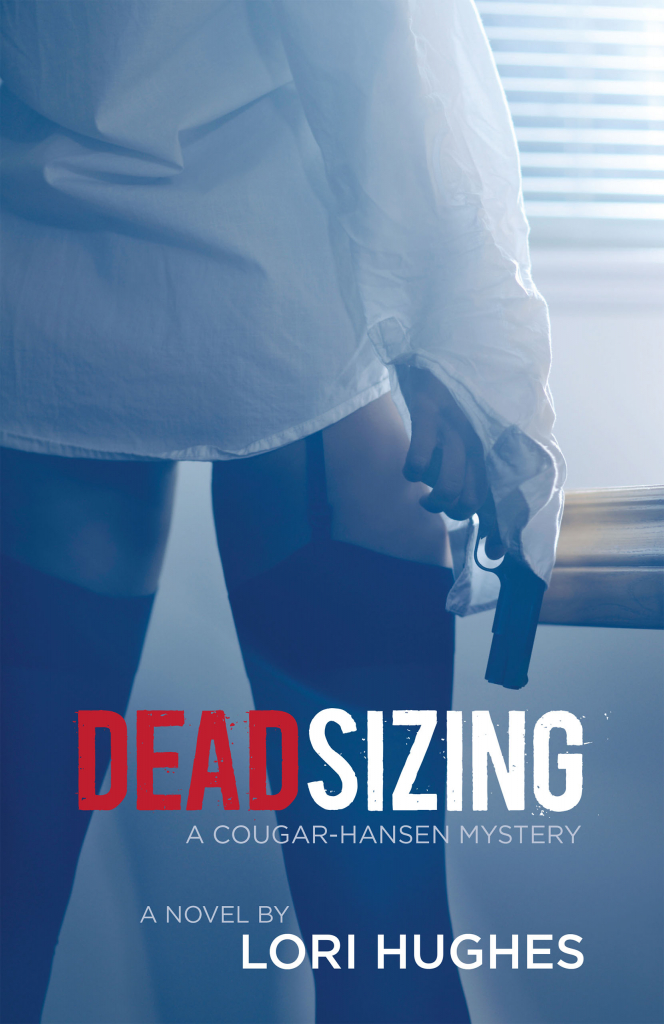 a novel by Lori Hughes

“The only thing more intriguing than the sexy sheriff, Mike Cougar, is the murder mystery and the delicious romance with his hot deputy sheriff, Gritt Hansen, Olympic medalist in the women’s 400 metres.”

The only witness to Sheriff Mike Cougar’s secret is the dead Chrystine Goodall, the beautiful wife of Syntex’s CEO. Her murder rips the veneer off a terrorizing question that explodes into corporate offices across America: Is a serial killer assassinating CEOs in an attempt to stop the carnage of corporate downsizing? Mike and his Chief Deputy, the much-too-sexy-to-be-a-cop, Gritt Hansen, must solve two mysteries – the unimaginable truth behind the murders and the truth behind their irresistible sexual attraction.

Read an excerpt … a peek to peak your interest >> 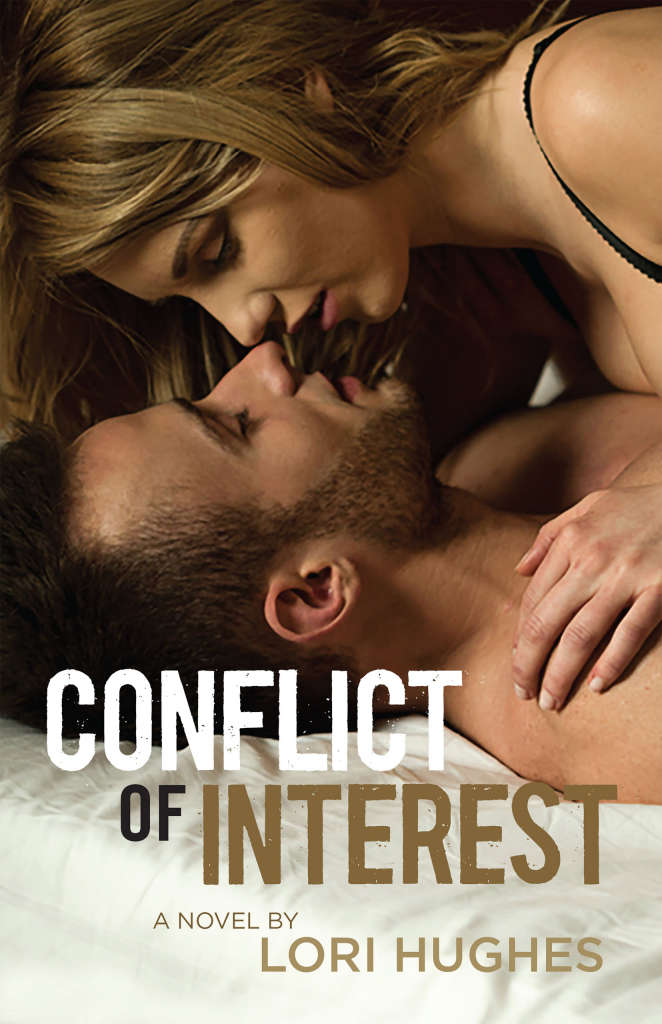 a novel by Lori Hughes

“Wow! The jet, the yacht … Yale. The only thing hotter than the conflict is the fantasy. Couldn’t put it down.”

Yale Walters is more than an investment risk for Victoria Dyson, he is an irresistible conflict of interest. She’s torn between financial responsibility and sexual attraction. The brash, brilliant, sexy entrepreneur has her in a compromising position, caught between her firm’s half-billion-dollar investment and fantasies that money can’t buy.

The seduction is shameless … from his sumptuous office and private jet to his luxury yacht and a Caribbean island. Then the bad guys show up, the storm hits and sexual pleasure turns to primitive fear.

Read an excerpt … a little taste to whet your appetite >> 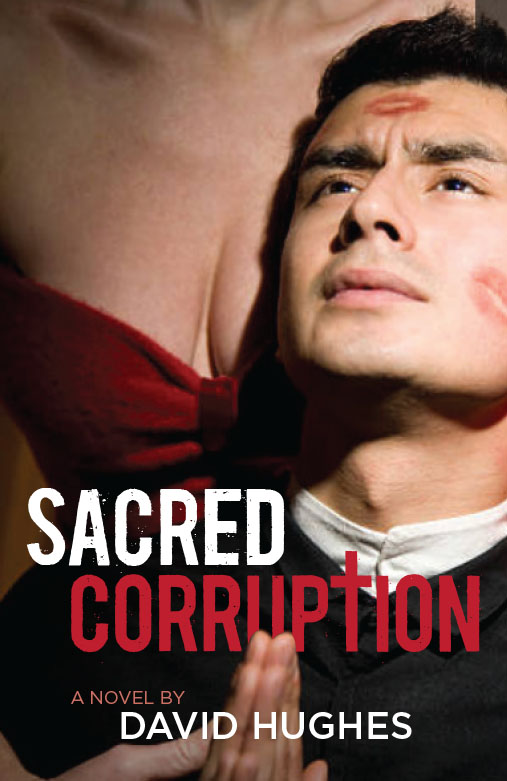 a novel by David Hughes

Corruption is everywhere—politics, business, religion —imbedded in the fabric of society. Pervasive. Permeating. Out of control. And in control. At least that’s how the story goes in Sacred Corruption. There lies behind the impenetrable curtain of the Father, Son and Holy Ghost a deadly strain of corruption and its lifeline is the sacred vow of confession. It manipulates everything from Wall Street to Main Street, from the White House to Indonesia, and from the Vatican to parish priests? It’s that corrupt. That ingrained. That frightening.

This is a tale of love and fear trapped in a multi-billion dollar vortex of murder and corruption. From the boardrooms of Manhattan to the seats of Capitol Hill and from the bedrooms of the Plaza to the sanctuary of Vatican City, the greed is immense, the sex manipulative and the power unforgiving.

All Jennifer Anne Sloan—the once gangly kid from Davenport, Iowa—wants is success. But since achieving the stratosphere of the legal profession in New York she is discovering that life in the big pond is far from what she had expected. She had left the emptiness at home thinking the end of her rainbow would be somewhere between the East River and the Hudson. But the reality is incessant workloads, minimal accolades and marginal connections. Until her connection to Dale Arnason, the quintessential investment banker. He puts billion dollar deals together like kids build Lego and he’s on the verge of his biggest; the hundred and fifty-five billion dollar acquisition of Ballantyne International—a military-defense and technology conglomerate. He’s fascinating. She’s in love. But suddenly, her euphoria goes into free fall as the corruption behind the Ballantyne merger becomes deadly and Dale turns from ardent lover to evasive suspect. And a blackmail-albatross, a ten year old, love affair drags her inextricably into the labyrinth. Back in Chicago, she had had an unrequited love. Unbridled. Unmentionable. A love that could never be shared with the outside world. 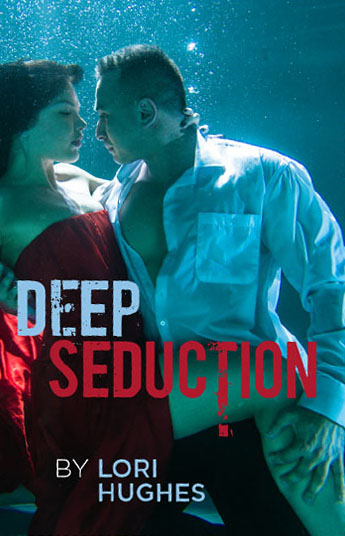 a novella by Lori Hughes

“The only thing more visceral than the fear is the love and sex.”

Brooke Taylor and Bryce Mack meet out of the blue, in the deep blue, when, as an experienced SCUBA diver, she rescues him off ‘the wall,’ far below the coral reef on the edge of the abyss. In those frightening moments, they rise from the depths of hell to the heights of heaven – life itself – and begin a journey of discovery that goes beyond the fathomless currents of the ocean and the bounds of sexual fantasy. She is swept up in his adventurous search for lost treasure and leaving behind her ‘best friend’ and dive master, Julio, lives aboard Bryce’s $50 million yacht. They explore the wonders of the deep and the deep wonders of eroticism and uncover her unrequited need for true love. Bryce? Julio? Then she faces losing it all. 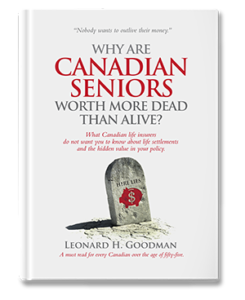 Why Are Canadian Seniors Worth More Dead Than Alive?

Leading financial expert Leonard Goodman says, “Life insurance can be worth more to you alive than you think.” In this perspicacious book, Goodman rips the veneer off of an egregious economic and moral injustice for millions of Canadians and encourages Canadians and politicians to right this wrong – the prevention of people transacting life settlements for their life insurance policies, while they are alive.

Life settlements are being utilized throughout the world but are not available to most Canadians. In the US, seniors are receiving $7 million a day from life settlements. With one stroke of a government pen, millions of Canadian seniors could access millions of dollars. 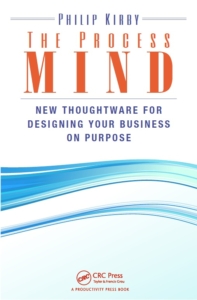 The Process Mind: New Thoughtware for Designing Your Business on Purpose

In the ever-changing world economy, businesses are constantly under pressure to change and yet, they continue to struggle with one of the most fundamental – and difficult – things to change: The way they think. And nowhere is the way they think more damaging than in how their business process operates. Organizations operate on what Philip Kirby calls Thoughtware™ ­­– the collective thinking of the people in the organization. In this book, he demonstrates how, over the past decade, businesses­­ – from American multinationals to Indonesian manufacturers – have jettisoned old thoughtware and applied new thoughtware to achieve significant and measurable competitive advantage. That thinking manifests itself in process and it is the process, more than the products and services, that best predict how well organizations provide customer value, make money and generate wealth. 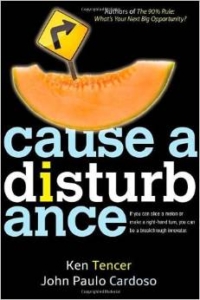 Cause A Disturbance: If you can slice a melon or make a right-hand turn, you can be a breakthrough innovator.

Anyone can be an innovator. If you can slice a melon or make a right hand turn, you can innovate. The title of this new book, Cause A Disturbance, says it all and it most assuredly will cause a disturbance in the way you think about innovation. It opens the mind to the possibilities – and simplicity – of being innovative, everyday.

This is a book with attitude. And it reflects the mindset that the authors say must permeate any organization that wants to sustain innovation day-in and day-out, year after year. It demonstrates how great innovators like Apple, Disney, UPS and Rockwood Furniture (Never heard of them? You will), bring together a way of thinking and a methodology that generates endless innovation in every corner of the organization.

Everyone knows – and everyone talks about – how important innovation is in the competitive battle to find, delight and keep customers and yet, far too few achieve it. They’re caught up in fighting the malaise of the status quo, which keeps encumbering performance while the competition is out front disrupting the status quo, causing a disturbance and engaging customers. All of that can change for you. And it gets kick-started – with attitude – by this book. 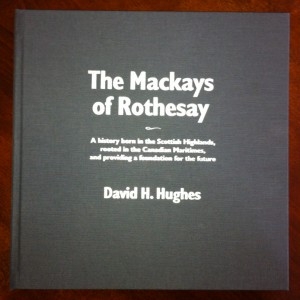 The Mackays of Rothesay

A history born in the Scottish Highlands, rooted in the Canadian Maritimes and laying a foundation for the future. Our ancestors erected the scaffold on which we now stand, and to know their story better has the potential to ingrain in each of us a deeper sense of self, a stronger feeling of gratitude and a large dose of humility. This is the potential of our family story, etched in memories and carried across centuries. 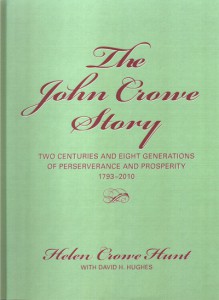 by Helen Hunt with David Hughes

We do not know the reasons why John and Harriet (nee Aldous) Crowe decided to emigrate to “the Canadas” with four young children under the age of sixteen, but we do know that in the spring or summer of 1832 they, like tens-of-thousands of others, set out for a better life in the New World. Perhaps they were unwilling to be indentured by the brutal conditions of factory work? Or perhaps to avoid the scourge of child labour. Or the virtues of the “promised land.?” Or the cholera epidemic of 1832? Whatever it was, the one thing we can be certain of is that they would have had to take with them an enduring will to succeed. 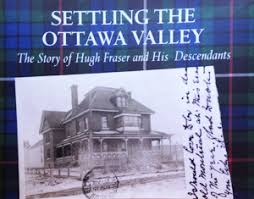 Settling the Ottawa Valley: The Story of Hugh Fraser and his descendants

Hugh Fraser was first on Canadian soil in the Battle of Chrysler Farm – “the battle that saved Canada” – during the War of 1812. And as a British solider, he returned to England and was granted 200 acres of land in Upper Canada. He again crossed the Atlantic, this time with his wife and two children and they carved a home out of the land in the Ottawa Valley. And as the saying goes, “The rest is history” – a great story of ingenuity, hardship, perseverance and success. And now, one of his descendants has captured the family’s  journey across more than two centuries. Hugh Fraser would have been proud. 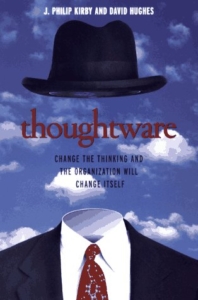 Thoughtware: Change the Thinking and the Organization Will Change Itself

by Philip Kirby and David Hughes

“Thoughtware is a must read for every manager who is tired of starting all over again after every read.” – Phil Scanlan, Vice President, AT&T

Kirby and Hughes have written a book that tears down the walls of old thinking and takes a frank, insightful look at the downfall of organizational change and the radical, new way businesses must think and operate in order to lead in the 21st century. Going beyond innovative thinking, the book sets out pragmatic, management methods for installing new thoughtware®. It is for those who want to lead at any level.

The Future. You can’t get there from here

by Philip Kirby and David Hughes

Kirby and Hughes have written a succinct, easy read that says, unequivocally, “what was and what is, is not what will be.” It jettisons a dumpster full of 20th century thinking and reaffirms a handful of enduring principles needed to build and lead organizations in the twenty-first century. 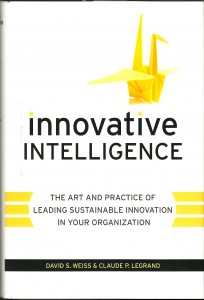 The Art and Practice of Leading Sustainable Innovation In Your Organization

by David Weiss and Claude Legrand

Innovative Intelligence is the most comprehensive, concise and systematic handbook I’ve seen on how to succeed at innovating for individuals and organizations.” – Arkadi Kuhlmann, President & CEO, ING DIRECT USA

Innovation is a key source of competitive advantage, but it remains frustratingly elusive for many organizations. Innovative Intelligence answers the question: How can we close the innovation gap by making individuals and organizations systematically and sustainably innovative? This book gives readers a clear road map and practical tools to make their cultures more supportive of innovation, identify and tap into the innovative intelligence in their workplace and develop leaders who can close the innovation gap for greater business success. 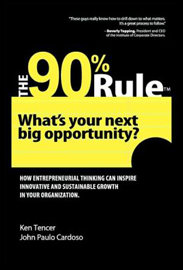 THE 90% RULE: What’s your next big opportunity?

“I’ve studied many different approaches to creating organizattional change before embarking on implementation. Unfortunately, The 90% Rule book wasn’t available at that time or it would have made our change initiative much easier.” – Lloyd Jones, CEO Canopy Corporation, former President, Zircatec Precision Industries.

Opportunities grow businesses. Knowing which ones to capitalize on is what drives business success. In this milestone book, Tencer and Cardoso have integrated three fundamental principles of good business – leverage, process and entrepreneurial thinking – into a pragmatic and powerful approach to business development.

The 90% Rule is a practical, step-by-step action plan that shows you how to turn your opportunities into action. 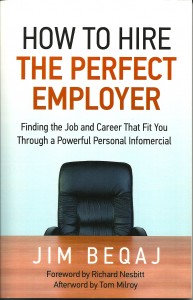 “The publication of this book … bodes well for the workforce of tomorrow.” – Tom Milroy, CEO, BMO Capital Markets

In words that are honest, encouraging and invigorating, Jim Beqaj shows how you can hire the perfect employer.