“Afraid so. We’re trashing the start-up and entrepreneurs’ farm system …  Mike’s going along.”

In the last three years, over 300,000 Canadian small businesses started up (on average, 104,000 a year) [1], and today approximately 206,000 of these “new” businesses are still operating. Until now. Until COVID-19. Now, with the lack of federal government support, the loss of most of these businesses is a certainty.

Prime Minister Trudeau, Finance Minister Bill Morneau and Michael Denham, CEO of the Business Development Bank of Canada (BDC), have struck out – whiffed – on their so-called support for Canadian small businesses. They’ve failed over 200,000 small businesses by providing absolutely no new – desperately needed – help for them.

It’s no different than if the Blue Jays were to sell out their entire farm system, and the future. It’s worse!

There is a significant omission in the recently announced BDC support for entrepreneurs. It does not support more than 200,000 new and start-up businesses.

Team Trudeau-Morneau have left over 200,000 new businesses out in the cold, fighting the COVID-19 economic disaster on their own. That’s like putting all the promising rookies in a baseball camp in Flin Flon, Manitoba, in a January blizzard, and telling them to fend for themselves.

Basically, they are boarding up the farm system and undermining any chance of competing in the future. It’s myopic. Short-sighted. Wrong. It demonstrates a serious ignorance of how small businesses work, grow and thrive. We shouldn’t be surprised. Because most people of privilege in leadership positions are ignorant of what happens on the front lines of small business. They have no concept of what “getting started” really means. However, at the very least, they should understand that start-ups are the seeds, and the future strength, of Canada’s small business sector, and if these businesses disappear now, a big chunk of the future goes with them. It’s axiomatic. 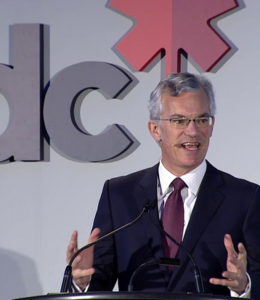 Team Trudeau-Morneau, plus their designated hitter, Denham, are thinking like risk-adverse, credit-crunching bankers, not entrepreneurs. They’re not adapting to these extraordinary circumstances. They still think ‘normal’ credit restraints apply, like it’s business as usual. That the “Mom and Pop” businesses always struggle and this is just another struggle. They’re ignoring them. They’re big business dudes, not imaginative innovators. They’re comfortable rich guys, not hard driving, small business builders. They either don’t understand, or don’t care.

Definition of a banker: “A person who gives you an umbrella when the sun is shining and takes it away when it’s raining.”

Under BDC guidelines for this special financial assistance, ONLY businesses with three years of financial statements can apply for the “new” funding. This completely disregards and disqualifies the new and start-up segment at a time of their greatest need. And the nation’s need for their survival. If we leave them to ‘sink or swim’ now, in three years there will be an economic vacuum in the small business sector.

A small business can never get to the three-year threshold – designed by bank-thinkers and applied under ‘normal’ circumstances – if they are left to drown in a tsunami in year one or two. These are not ‘normal’ times and ‘normal’ bank-thinking is not only folly, it is disastrous. If these new and vibrant start-ups are not here in three years because Canada allowed its farm system to be hollowed out, then the entire small business sector of over one million companies will shrink significantly, including GDP and employment.

Currently there are over 200,000 small businesses operating successfully who have not yet reached their third anniversary. In these dire circumstances, this three-year threshold (and other ‘normal,’ credit-risk calculations) are flawed metrics that the federal government and BDC  must reconsider. To ignore this cohort of burgeoning businesses is an egregious, economic oversight.

Start-ups are the result of innovation, the crucible of entrepreneurship; they are the foundation of the next generation of small businesses; they are the future; and they will be part of the recovery – if they are here.

Will the last person leaving turn out the lights 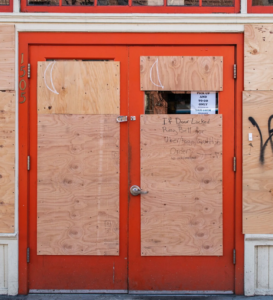 The buck stops at the top. Unfortunately, the rest of the bucks never get down to the bottom.

From Trudeau on down through the class system, this pandemic is a forced vacation for those in the upper echelons, but it is unforced ruin and an emotional catastrophe for those caught in the middle and trapped at the bottom.

So far – nothing the federal government is doing is going to help this most vulnerable segment of small business.

In speaking with a BDC advisor, I was told that there were no new funding programs for these “new” businesses but they could apply under the current, ‘normal’ process and rules for new/start-ups. This is of no help, whatsoever. Do they think this is business as usual? With new rules for three-year-plus companies but the same old ‘normal’ rules for the smaller guys? For entrepreneurs, their health and well-being starts on day-one, not three years down the road.

Perhaps a second program is forthcoming?

What is being done? What can be done?

The immediate fix could be an amendment to the BDC’s requirement for three-years of financial statements. If not an amendment, then the federal government has to go outside the BDC and do something else – now, not a few weeks from now when it will be too late?

There is no 14-day incubation period for these businesses, they’re on life support now, many will be gone in a matter of a few weeks.

Amid the demand and chaos of the pandemic, there are many critical issues, but from an urgency and economic impact, fixing this egregious misjudgement could be one of the easiest and fastest ‘fixes’ – with a significant upside for the next generation of small businesses.

On behalf of all new small businesses, start-ups and entrepreneurs, we ask for urgent action.