Poor leadership is not only painful … it’s deadly!

We all know the short-comings of Donald Trump, U.S. President, and we all know he and his “merry band of sycophants” will always act like the Sheriff of Nottingham rather than Robin Hood. We also know he can’t change. He is what he is, he can only do what he’s capable of, and, unfortunately, that’s not much. In fact, it’s worse. What he’s doing, and will do, is bad for all of us. Deadly for some – no matter what country we live in. 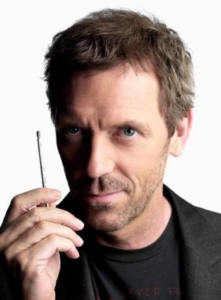 The spewing from the Presidential podium – every stumbling, sputtering declarative, simple sentence; replete with his repetitive 10-word, narcissistic vocabulary – reverberates around the world and is a threat to citizens in any country with cable television news. The New York Times on March 24, 2020 had a story of an Arizona man who died and his wife was hospitalized because they poisoned themselves by self-medicating with a fish tank additive made with the same ingredients as the chloroquine phosphate that Trump, acting as a TV doctor (certainly not Dr. House, Hawkeye Pierce or Dr. Welby), said was “a game changer.” He’s not just dangerous, he’s deadly.

Lessons to be learned

Almost everyone has the capacity to learn and a hallmark of leadership is a long, steep learning curve that brings certain people to the pinnacle of leadership, where that learning and their intellect, experience and character allow them to not just lead, but continue to learn “on-the-job,” on the run, under pressure. A true sign of leadership is knowing that ‘they don’t know what they don’t know.’ And admitting it. So they can constantly search for new learning.

Here we are, over a 177 countries with Covid-19 cases, with 177 leaders all learning, in real-time, desperately trying to keep up with the exponential pace of a virulent pandemic. Trump is ‘exhibit A’ for the non-learning, non-leader. And most are in the category of slow learners. If they were in the 5th grade, they’d get an F or D. A few would get a B+ – mainly US state governors (e.g., Andrew Cuomo).

South Korea to be emulated 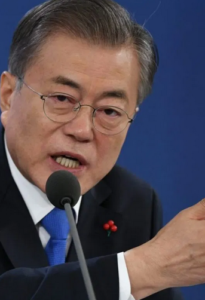 South Korea has had significant success in fighting this virus and yet, few other world leaders have bothered to call President Moon Jae-in to learn what they learned. That’s not only dumb, it’s irresponsible. And certainly not living up the the oath of office all leaders take. According to the New York Times, “President Emmanuel Macron of France and Prime Minister Stefan Löfven of Sweden have both called South Korea’s president requesting details on the country’s measures, according to Mr. Moon’s office.” The head of the World Health Organization, Tedros Adhanom Ghebreyesus, has hailed South Korea as demonstrating that containing the virus, while difficult, “can be done.” He urged countries to “apply the lessons learned in Korea and elsewhere.” 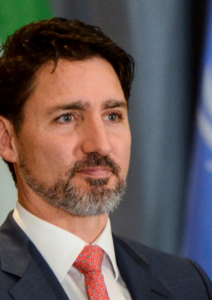 We know Trump’s problem, he’s been diagnosed ad nauseum. He, literally, can’t help it, and by any definition is not a leader, at any level. He could never call anyone for help. But Trudeau? Others? They appear qualified and yet, show no indication of having one of the most important traits of any leader: The admittance of limited understanding, the understanding that complex problems can never be fully understood, and an inner North star that instinctively leads them on a endless quest to learn more.

Why don’t they call South Korea. Or Germany? The Washington Post reported that fewer Germans who are diagnosed with coronovirus are dying. “In Italy, 9.5 percent of the people who have tested positive for the virus have succumbed to covid-19, according to data compiled at the Johns Hopkins University. In France, the rate is 4.3 percent. But in Germany, it’s 0.4 percent.”

What the shambolic administration of Trump, and now the pandemic, has demonstrated is the dearth of leadership we have in our countries. What we have are professional and political managers, not leaders. As Peter Drucker said, “Leaders do the right thing, managers do things right.” Most of them only know how to shuffle the deck chairs on the Titanic, forget saving the ship. And this applies not just to the individual, so-called leaders but to their direct reports, enablers and sycophants who support them in the desperate cling to power, at all cost – a cost to citizens, nations and the future.