Election postmortem – what you see is …

what you get, who you are, and what you deserve

Good morning to everyone who lives in the 444 Ontario municipalities that voted yesterday and woke up this morning to a new reality – or the same old reality. What you see is what you get for the next four years, and you can thank yourselves … or kick yourselves in the butt, depending on the results.

This situation isn’t new, it’s the reality of every election, but what most people don’t face up to is their role in the outcome. Generally, only about 50% of the eligible voters turnout, which is shameful, but 90% of the people bitch and complain year after year but never do enough to change the situation. All are culpable. It’s nothing new, it’s the political hamster wheel spinning in-place and a disengaged public abdicating responsibility.

However, maybe you live in one of those lucky hamlets, towns or cities where things did change. If this is the case, it’s reason to celebrate. And keep up the good work.

“The world as we have created it is a process of our thinking. It cannot be changed without changing our thinking.” – Albert Einstein

Elections tell us who we are? 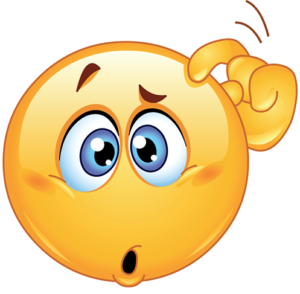 Seldom do we reflect on who we are as a collective, as a community – other than to accept “what is” and rationalize away “what ought to be.” Seldom do we think that our community is where it is today because of “us,” as a group, and as individuals. But it is. Our community is what it is because of what we do, and don’t do. And an election is a four-year snapshot, a “selfie,” of the spirit of our community. Like an ultrasound, it reveals a great deal about the heart and bowels of the place we call home. This is particularly true in municipal elections – you know, the ones close to home that really effect what happens to us, and the ones we can really have a say in. The same ones only half of us turnout for.

The problem is that most of us are in denial, pretending to be what we are not – good citizens. We’re pretenders, pretending that our community is healthy and prosperous when it is not. And most of us think if we vote we’ve done our duty. We have not. Yes, voting is important but it’s not enough; good citizens get many others to vote, get involved in citizens groups, protest when leadership fails, work diligently at building public engagement, and insist on holding elected-officials and staff accountable. And good citizens realize that we must work hard at rebuilding a democratic process that can replace the “illiberal democracy” that we currently live with, and put up with (read the definition, it’s most relevant). The election results can tell us a lot about where we are on the spectrum of being good citizens.

If there wasn’t much change in your local council yesterday then too many people in your community are not doing enough to contribute, even though they’re living off the spoils of a declining democratic society. In any other context, we’d call them “freeloaders.” What they’re doing is enabling an illiberal democracy to infest the community, while abdicating their responsibility to contribute to the improvement of the community and the protection of the democratic process. It’s not everybody, but it’s the majority – not just the “silent majority,” the apathetic majority.

“Elections can be held in order to provide a fig leaf of democratic legitimacy, while in reality elections pose scant challenge to their power.” – Christopher R. Browning, The Suffocation of Democracy, New York Review of Books

What does your newly-elected council look like? Has there been lots of change and new faces? Or is it still mainly the same old faces? The make up of your council can tell you a great deal about how much you, and all the folks, are doing to stop the long, almost indiscernible, glacial decline of democracy. Five outcomes:

Let’s take a brief look at these five takeaways:

#1: Change does not happen if we don’t change the elected officials. It starts there. No matter what we think of those who have served before – some for many years – they are part of where we are and why and how we got here. And few people would say that our communities are, today, in a good place – especially financially. Most continue – election cycle after election cycle – to struggle to implement any meaningful, long-term advancement of the socioeconomic well-being of the community, especially financial. Yes, there are some incremental improvements, but a fundamental, long-term strategy and visionary change, there is none. New thinking is needed, badly. So if you have some new faces, things could starting looking up. But don’t disappear for four years, stay involved, be active, demand engagement, transparency and accountability.

#2: This one is most promising. Turnout is the key to turnaround and if your community increased voter turnout and made enough changes in your council, then you have the foundation for change, and a lot of “new” – new thinking, vision, ideas, policies, programs and practices. A new council is a critical cornerstone in building a better community. This, and a fully engaged public, are the two most important ingredients in creating community prosperity and structuring an open democratic process. If you achieved this yesterday, well done! And keep it up.

#3: Change requires change, you don’t get to “new” through “old.” And there is little disagreement on the reality of today’s world and that we need to make many changes, and stop invoking the same old thinking to solve the problems facing our communities. If you re-elected many of the same people then you are either satisfied with where your community is at, or afraid of change. Or just don’t give a damn. Whatever it might be, you’re not in a good place. Good luck.

#4: This is a double whammy – redundancy repeated. You’ve re-elected most of the old faces and done it with low voter turnout. This is the definition of stuck, mired in the status quo while the world tumbles forward. Your community seems content with more of the same, at the same rate with the same people. Fundamentally, it doesn’t make sense, it’s a treadmill with a rear view mirror and no windshield, guaranteed to provide nothing more than short-term, incremental change – maybe? It only promises to make you comfortable as you languish in “what is,” while bringing up the rear in the human race to well-being and prosperity.

#5:  This is a conundrum. More people voted and yet, they seem to accept the status quo by voting in most of the incumbents. Or, you have one of those rare communities with great leadership that is meeting the majority of the residents’ needs. That’s good. But you may want to ensure that going forward there are plenty of conversations about how to keep up with the torrid pace of change and that new ideas, innovations and public engagement are a top priority for your leaders.  Unless the re-elected are all superstars, perhaps next election you might consider changing a few of the incumbents because political sclerosis puts down roots in old mud, especially over time. Caveat emptor.

Obviously, this quick evaluation of election outcomes doesn’t answer everything or fit all situations, but it can be an indicator of what to expect. More importantly, it’s a barometer reading of what lies ahead and provides insight into the current and collective mindset of your community and the level of community spirit – or the lack thereof.

“Some who are fortunate enough to have communities still do fight to keep them, but they have seldom prevailed. While people possess a community, they usually understand they can’t afford to lose it, but after it is lost, gradually even the memory of what was lost is lost. In miniature, this is the malady of Dark Ages.” Jane Jacobs, Dark Age Ahead (2004)

The reality isn’t pretty, but it’s reality. And it raises questions for each and everyone of us: Are we prepared to face it? Are we prepared to do anything about it? Are we actually going to fulfill our responsibility as good citizens or are we going to continue our craven pretending, whistling past the graveyard of democracy hoping someone else will do what we are supposed to do?

It is a choice.