If a bunch of drunken arsonists kept lighting fires, stirring up a toxic brew and feeding it to you, you wouldn’t keep giving them a new set of matches. So why do we keep giving the same politicians the matches to our house – the White House, Congress, Parliament, City Hall? Those houses belong to the taxpayers, we own the halls of power but, unfortunately, we keep turning the power over to the same old bunch of tragic, Shakespearean actors. We’ve seen this movie before (the applicable metaphors are endless). It took us fifteen years to get rid of Ontario Liberals, twelve to get rid of Chretien, ten Harper, eight Brocanier and if we do nothing, Sanderson, Coombs and Lovshin could get 4 more years?

Why, when we need so much change, do we keep voting for those who got us in the mess in the first place? And to top that off, only half of us climb out of the bubbling caldron and show up to vote (in the US mid-terms, it’s only about 40%).

A stew of gobbledygook

We know something is terribly wrong in our governments and yet, politicians just keep brewing up a batch of bafflegab and spinning complexity into gobbledygook, and then say, “trust us, just leave it to us, we know best.” Then they point to a few incremental accomplishments and hope we don’t dig into the underlying financial and structural dry rot that’s eating away at the foundation of our communities.

If they knew best, we wouldn’t be in the stew we’re in – too much debt, too few services, too high taxes, too low revenue. If they’ve proven anything, it’s that they don’t know how to fix it – despite the platitudinous strategic plans and short-on-specifics 25 year assessments.

Their spin reminds me of the witches’ chant in Macbeth, “Double, double toil and trouble …” And if we buy that, we’ll buy anything. For your interest, I’ve included the whole poem below and then substituted a few examples of how Shakespeare’s ingredients might apply to the interminable political promises and unresolved issues.

Why not impose term limits?

Incumbent politicians talk a good story. It’s Shakespearean “charm” over substances, “tongue of dog” over reality … unless we change the equation.

What if we were to turn the tables on them? Give them the “toil and trouble,” put them in a “caldron bubble.” Use the power of the people and give them only four years – that’s it, one term and throw them out. Impose term limits. If they can’t make significant improvements – particularly financial – in four years, they do not deserve another chance. And by limiting them to one term, we have a much better chance of influencing their actions, holding them accountable and “pressuring” them to produce meaningful results during their term.

And don’t buy the worn out argument against term limits, which claims they need more time to get things done. No they don’t. They’re arguing for more time to be more inefficient. That’s exactly what we don’t need. There is no good leader who can’t generate excellent outcomes in four years? Only average managers and “administrators” – pretending to be leaders – need more than four years to significantly advance the future of a community.

“Insanity is doing the same thing over and over again and expecting different results.” – attributed to Albert Einstein

Insanity is not throwing the bums out

We know politics is a Ponzi scheme and yet, we keep buying the empty rhetoric, just like Bernie Madoff supporters – even though it’s too good to be true. Well, isn’t it time to stop buying it? This time – whether in the Ontario municipal elections on October 22, 2018 or the US mid-terms on November 6th – we need to change the rules of the Ponzi game.

Let’s commit to imposing term limits and vote for all the new candidates. Whoever they are, they can’t do any worse than what we’ve had over the last several decades. And the axiom, “change is better than the status quo,” has never been more imperative.

We the voters hold the ‘Ace” card in the flimsy house of cards we call democracy. So let’s play it and not vote for any incumbents. If they’re any good and really care, they can run again in four years.

One last appeal – get out the vote! 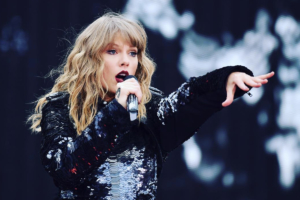 Let me be clear, Taylor Swift is no witch. In fact, she just did something that qualifiers her for sainthood, maybe as an angel. With one post she upped voter registration by over 200,000 young people. Wow! Talk about starting a movement. I know she’s a celebrity but what the hell, if all of us non-celebs could just get two more voters out, we might increase turnout to 80%.

Taylor Swift spoke to young people and encouraged them to vote. She wrote, “So many intelligent, thoughtful, self-possessed people have turned 18 in the past two years and now have the right and privilege to make their vote count.” The website vote.org claimed more than 212,000 people registered to vote in the two days after her Instagram post.

Only one week to go

In Ontario, we have one week left, in the US, three weeks. So let’s make a commitment, each of us, to find just two people who are not planning on voting, and make sure they do. Think of it not only as a duty and obligation but as your way of contributing to making change happen – this year, not some time in the distance future.