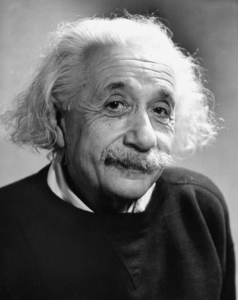 The “banging heads … insanity” phrase is attributed to Albert Einstein, and if he were here today, and was asked his opinion on governments, I am certain he would say, “I told you so – same people doing the same old, same old.” Obviously, the White House is an anomaly, a wild card, and its level of insanity needs no discussion. But in terms of recent happenings in Canada’s biggest province, Ontario, Einstein might add, “Watch out.”  The ascension of Doug Ford from Ward 2 city councillor in Toronto to Premier of Ontario, reigning over all municipalities, is a flashing red light for local governments. And that’s not a left-right, political perspective, it’s a autocratic versus democratic perspective.

Outside of making good on bumper-sticker, campaign promises, why should a premier, of any political stripe, who is elected by only 24% of eligible voters, have unfettered authority over 444 municipalities? Ford was elected by 2.3 million people, a fraction of the 11 million people living in municipalities (approximately 80% of the province’s 13.9 million people reside in urban areas) and yet, he now holds intrusive powers over every town and city. His vote total is less than the population of Toronto (2.8 million), which he is now trying to bully to his will. This dominion of power hearkens back to the dark days of monarchies. It’s absurd.

Use your head or lose it 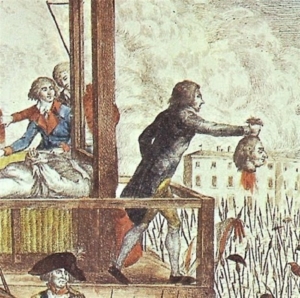 Newly ensconced on the provincial throne, Ford is autocratically attempting to dictate how Toronto should structure its council – without discussion or consultation. Whatever his reasoning, it’s blatantly undemocratic. It sounds more like a lame-brain ploy by an ex-Toronto councillor, who lost to the current mayor, and is now flexing his new-found muscle in a twisted, get-even tactic. Because he can. Because of an archaic system. Because power has gone to his head – like Louis XVI of France. And we know what happened to his head.

Ford and his backers might rationalize his misguided interference as conservative ideology (i.e., small government), but, one, the system should not give a premier so much authority over municipalities, and two, it’s the antithesis of good leadership and democracy. But he’s able to do it because of the monarchy-style subjugation that Ontario municipalities exist under, operating as serfdoms in a premier’s kingdom.

Did I mention, it’s absurd? Insane?

Of course, Mr. Ford used to be in the Toronto asylum with his head-banging brother, Rob, where they tried to consolidate more power in the mayor’s office. So now, he’s jamming a pointy-stick in Mayor John Tory’s eye and stirring up his ex-inmates, just before the municipal election. It should be a warning signal to all municipalities, as his “power tends to corrupt” municipalities, it could “corrupt absolutely,” and make the political asylums a whole lot crazier.

“We are standing at the threshold of the information age with an obsolete set of tools.” – Alan Cooper, author The Inmates Are Running the Asylum (2004) 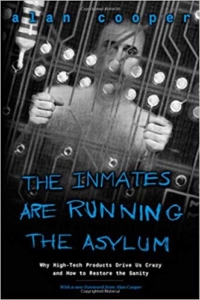 I took my headline from the book, The Inmates Are Running the Asylum because everybody understands its meaning and it illustrates a parallel to what has been going on for decades in municipal governments, where citizens and the democratic process are hampered by “an obsolete set of tools.”

The book addresses why technology so often drives us, the users, crazy. Because most of the people who create the technology are disconnected from, and don’t relate to, the users, the people-in-the-street. They create products with features and interfaces that are often irrelevant to users because they’re designed to relate to the computer’s needs and the engineer’s thinking, not the users. Many “techies” never get outside their walls to understand the true needs of the people they serve, preferring to cocoon in an asylum of like-minded inmates, producing an excess of irrelevancy. It’s a mirror image of local politics.

The parallel to politics struck me. We’re operating with obsolete tools, where the out-dated municipal system of government is suited to provincial power, at the disempowerment of citizens at the local level. And it doesn’t change simply because voters change the politicians every four years. That’s just shuffling the deckchairs on the provincial Titanic.

What’s needed is a change in the system. And it won’t be done by the inmates, it requires an uprising by the citizens.

At the local level, the incumbent politicians are trapped in the asylum, a political barter system that runs on the trafficking of empty promises, political favours, commercial influence, juicy contracts, compromised consultants, government largess, autocratic intimidation … whatever it takes to control and perpetuate a bad system. Bad for the people, good for those in the system. It’s insanity.

“When dictatorship is a fact, revolution becomes a right.” – Victor Hugo

Liberty – fight for it or die without it
Liberty is freedom, but it is not free. It’s a constant battle between opposing forces, between narrow, self-interests and broad, cooperative interests, and history has shown that usually the self-interests of the few dominate – until the interests of the many revolt. If a political system is to change, the cooperation of the many must coalesce and revolt – usually peacefully, not violently – with unrelenting purpose and tireless effort. 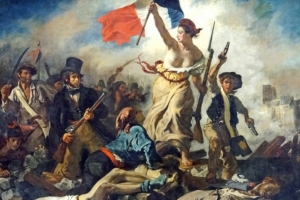 Reversing the disempowerment of Ontario’s municipal governments starts at the grassroots with a bottom-up movement in towns and cities across the province. It’s up to “we the people” to elect candidates who see the folly in autocratic rule and have a vision of fixing the system, not just roads and sidewalks. We need municipal politicians who will fight for our rights.

It won’t happen overnight and it’s not a one-election issue, it’s a legacy issue.

Will we continue to dine and dance to the propaganda music of the Titanic and its strongmen captains, and when displeased, simply vote in a new captain and crew? Or will we fix the flaws in the good-ship democracy and change course? Will we give the next generation a better chance?

I used the Pogo quote in last week’s 89.7fm radio commentary because it goes to the heart of our failing political system – “us.” Our apathy, our disengagement, our sense of resignation are the foundation on which the political asylum has been built and allowed to operate – unopposed, unencumbered, unrestrained unchecked.

So check your values, your principles, your vision – for your family’s future – and then check your pulse. If you have one, then there’s no good reason for not contributing to the rebuilding of the only democracy you’ve ever had. And saving it for your children and grandchildren. It starts now, by getting involved in the upcoming elections in jurisdictions everywhere – from Ontario to across the United States. Volunteer, campaign, know the candidates, grill them, donate … and vote (shamefully, half of us don’t).