I got to page 31 but had to stop. I tried, I really did. But had to avoid hyperemesis (I’m trying to mirror Black’s abundant vocabulary).

Actually, I almost quit while reading the Foreword by Victor Davis Hanson.* He said, “Black’s unspoken assumption is that it is more difficult to build a skyscraper in Manhattan than to be a career politician or an evening news reader.” [Or lead the fight against a pandemic]. It’s just not true. Hanson also said, “While most of Trump’s rivals share his same carnivorous ethos, very few succeeded as did Trump.” Again, just not true.

One of a smattering of truisms in the book is when Black states, “Whatever happens, Donald Trump will be one of the most vividly remembered presidents and characters of American history.” He got that right. Just as we remember the likes of Andrew Johnson, James Buchanan, Charles Ponzi, Bernie Madoff and Kenneth Lay.

Making money in Manhattan real estate in the 1980s was a slam dunk when you were bank rolled by daddy and inherited more than $400 million. 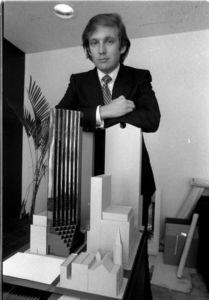 I worked in high-end, real estate in Manhattan in the 1980s, when Trump was making a name for himself, and, within the real estate fraternity, his name did not garner any praise. Not because his competitors weren’t as successful – many were far more successful – but because he was considered a neophyte, a showman, a used-car salesman and an arrogant prick who’d come in from Queens riding on his father’s coattails (money). He was talked about as a buffoon, not a builder.

During that three year period, I never heard one complimentary word about Trump – the antithesis of Conrad Black’s synthesis of historical fiction. One of the clients I worked for was a real estate family named Trump (Julius Trump and family) – no relation – and foremost in their mind was not to be associated with “the other Trump – Donald.” Not at all. A side note: Trump Tower opened in 1983 at a cost of $300 million, while Julius Trump was developing Williams Island in Florida with a price tag of $1 billion. Donald was small potatoes, an anomaly, a rogue, an outlier, not too mention an uncouth, braggadocio bullshitter. A colleague of mine, a successful New York developer, once said, “He’s all show and no go. No depth.” He added. “If I had half of Trump’s father’s money, I could turn it into $10 billion in less than 10 years. Today, Forbes estimates Trump’s worth at about $3 billion¹ (forget what he spins), this after inheriting more than $400 million. Damn near anyone can make money in real estate with a silver spoon that big. Anyone!

The book’s basic premise is flawed and what’s left of Black’s conservative bona fides has been forfeited.

Edmund Burke, considered by many the founder of modern conservatism, would denounce Black and burn the book. Black, in propping up Trump as a strawman exemplar, has forsaken his conservative principles, not to mention what’s left of his tattered name. Conservative philosophy is anchored in tradition, values and incremental change, not in autocracy, centralism and rogue rule from a bully pulpit. Trump is the antithesis of conservatism and yet, Black, steeped in conservative ideology, saddles up a pack of lies and rides his conservative values off a cliff. 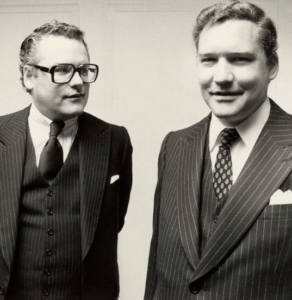 One of the things you get from the book is how Black’s life story mirrors Trump’s. Born into money and privilege, with a mother-load of narcissism, a large dose of insecurity and a deep-seated need to bully, they both traded in unapologetic hubris and capitalistic plunder – with questionable degrees of success. Their public caricatures don’t personify them as modern day ‘robber barons,’ they’re more like petty criminals playing in a sandbox of inherited money. It’s a game to them, and they game the system – and sometimes get caught, charged, imprisoned or impeached.

“Lord Black was never a real ‘capitalist’ because he never created wealth, only dismantled wealth. His career has been largely about stripping corporations. Destroying them.”[30] Journalist and writer George Jonas, the former husband of Black’s wife, Barbara Amiel, contends that Hollinger made its “investors … billions [of dollars]” – John Raulston Saul

Black was convicted of fraud and obstruction of justice for skimming millions from his company. He received a reduced sentence of three and a half years in a U.S. prison, where he must have conjured up this mythological tale. His chronicling of Trump conveniently skips over Donald’s transgressions (see earlier blog and book) on his way to penning a blatant quid pro quo: The art of fiction for a pardon.

The book in a word: “Sophistry” 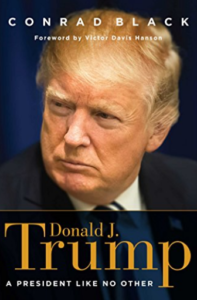 This book is the embodiment of Plato’s denouncement of sophistry, which he described as a person who makes his living through deception. That’s Black. And Trump. And this is deception at a brazen level.

Black’s attempt to gain a pardon is patently transparent and applying Plato’s phrase, it’s “a shadow play of words” that is a work of fiction posing as biography. His effort to rewrite history is … sad. Pathetic. The work of a desperate man, The Right Honourable Lord Black of Crossharbour, Member of the House of Lords Lord Temporal, who assumed his lofty office in 2002 and went to prison in 2010. He was The Right Honourable prisoner – there’s an oxymoron – writing to earn the “king’s” favor.

Trump’s cyclopic ego wouldn’t see the double entendre in the subtitle, A President Like No Other, and perhaps Black hopes the pun protects his reputation as a biographer (previous biographies include Franklin Delano Roosevelt: Champion of Freedom and Richard M. Nixon: A Life in Full). But nothing will help him elude the stain on his resume for snaking together a stream of half-true, half-baked, half-assed claims. But the ass-kissing fabrication – a quid pro quo of Trumpian proportions – had a clear intention, a pardon.

Conrad Black is not a stupid man. In fact, at one time he passed for a scholarly intellect, a well-educated man with a good grasp of history and a gift for writing, but this book is a Faustian bargain, selling his scholarly soul to the devil incarnate – okay, just an unstable power monger. Of course, in the nefarious swamps that he and Trump prowl, many “right honourable” characters would do the same thing. 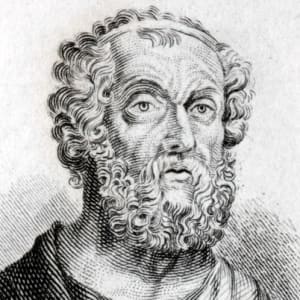 For Black it was a chance to win a ‘Get out of jail free’ card from an insatiable, narcissistic president. So, he feeds us a story as far-fetched as Greek mythology, blurring distinctions, ignoring omissions and citing ‘alternative facts.’ As in Homer’s writings, the blending of history and mythology, while entertaining is far from factual and raises more questions than answers: Was Troy a real place or not? Was the Trojan horse real? Did Stormy Daniels, Karen McDougal, Jeffrey Epstein even exist in Trump’s world? Are conspiracy theories real for Trump? Does Trump believe his own claims – the more than 15,000 falsehoods and concoctions tracked by the Washington Post?

Black’s alchemy is an intended elixir for his subject. Nothing more. It’s testament to the author’s linguistic talent and personal corruptibility, and to the abundance of his lexicon and the dearth of his probity.

The book is chock-a-block full of Plato’s shadowy “play of words,” phrases and paragraphs, infused with innuendo, ambiguity, equivocation, prevarication, tergiversation, subterfuge, misrepresentation, misstatements, falsification, heresy, evasion, hedges [Conrad could add more words], and … good ol’lies. Trump would never understand his biographer’s prodigious vocabulary and there’s more than enough ass-kissing to blind him to the twisted pun, “a president like no other.” Amen to that!

It’s funny – but no joke

Here are a few outrageous quotes from Black’s false narrative. They’d be funny if we weren’t talking about the President of the United States of America [my comments in italics]:

“Trump’s opponents are tenacious but unimaginative and they have yet to seem to prepare for the possibility, now more of a likelihood, that he might be a durable and effective president.” [Key word is “might.” Durable? Only like Sisyphus’s boulder, a terrible weight on the nation. Effective? Trump couldn’t be effective even if his psychosis allowed it].

“In a calmer atmosphere, the [Trump’s] faddish frenzies will become rarer and shorter.” [Wrong. The frenzies have increased, the diatribes lengthened.]

“His record is impressive; his foibles are not durably relevant.” [Predictably, his record is unimpressive and his foibles have endured, manifesting most relevantly in tragedy and death from the badly mishandled coronavirus pandemic].

“Americans will likely and rightly judge him a success, despite his lapses of suavity.” [Lapses? He can’t lapse from something he never displayed. Suave means: Charming, sophisticated, worldly, polished, refined. Conrad, please …]

“And much more of his histrionics are just tactical then his hard-core critics imagine.” [That’s like rationalizing a three-year-old’s temper tantrum as a planned tactic to fool his hard-core parents into giving him the keys to the car].

“Donald Trump accomplished more before he was president than had any prior president of the United States except Washington, Jefferson, Madison, Grant, and Eisenhower. [WHAT?  Obviously, Black does not know Lincoln’s background. Or Trumps? Trump’s accomplishments in real estate are primarily bad judgement, bad deals, a defunct football league, broke casinos and near-bankruptcy. He’s a lousy gambler and only got bailed out because he had dragged his bankers in so deep in they had to refinance his mountains of debt].

“His exterior is uneven but his history is one of astounding accomplishment.” [WHAT? Astounding? No. You might attach that adjective to Bill Gates, Warren Buffett, Jeff Bezos, but certainly not Trump. He inherited wealth (like Conrad), and despite the windfall, damn near fucked it up (real estate is one of the easiest business to make a lot of money in), and still hides his tax returns to hide the truth about his ineptness].

* Hanson wrote a book about Trump, The Case for Trump, in which he defends Trump’s insults and incendiary language as “uncouth authenticity,” and praises Trump for “an uncanny ability to troll and create hysteria among his media and political critics.” [Yikes! Since when did an oxymoron become the go-to descriptor for leadership? “Uncouth authenticity” is exactly what I want my children and grandchildren to develop and practice].